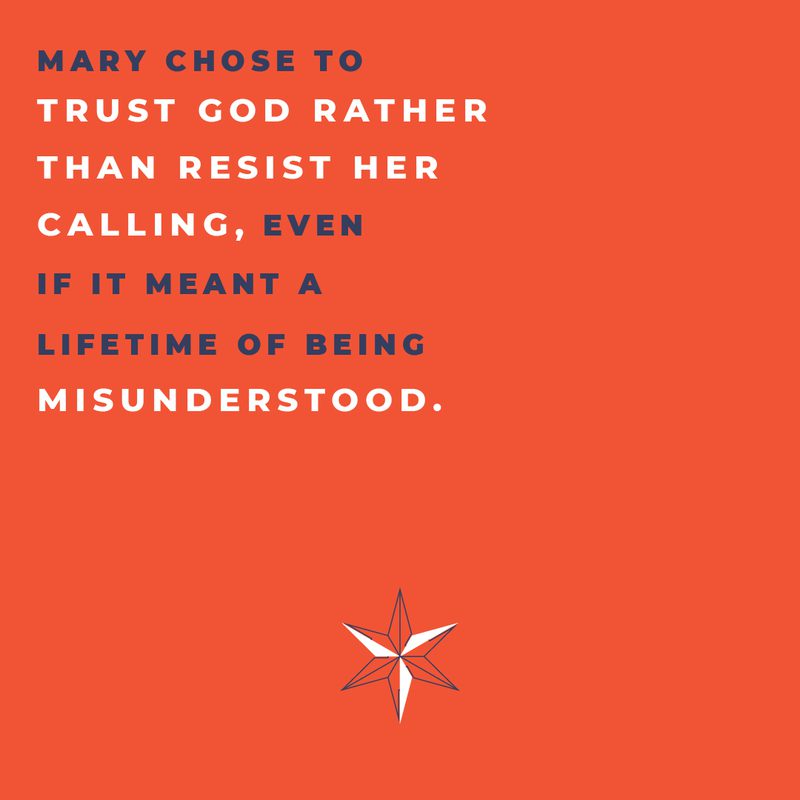 After God revealed His plan for Mary to be the virgin mother of Jesus, she responded with an incredible song of praise. She glorified God for His willingness to use someone humble to carry out His great purpose, and she praised Him for His mercy, faithfulness, and power in fulfilling His promise of a Savior.

One of the most powerful things Mary declared in this song is, “From now on all generations will call me blessed, for the Mighty One has done great things for me.” This was a strong statement of trust in God, because the task assigned to her would likely bring judgment and shame from almost everyone she knew. Who was going to believe Mary was a virgin? Her own fiancee needed the reassurance of an angel to believe her story. Two thousand years later, many still question her claim of virginity.

Knowing this would be the case, Mary focused on the blessing of being chosen by God for such an important purpose. She knew that those who would believe in her Son would honor her and trust God’s Word about her integrity. She didn’t dwell on the difficulties she might face in society or within her family. She didn’t need to defend herself. Mary chose to trust God rather than resist her calling, even if it meant a lifetime of being misunderstood. Whatever God has asked you to do, don’t let any potential persecution or judgment of others keep you from obedience. We aren’t called to be comfortable, accepted, or understood. We’re called to make a difference!

Prayer: Father, thank You for choosing someone as humble as me to be used for Your glory. I commit today to do whatever You want me to do, even if it’s difficult. Even if the people around me don’t understand. What You think is most important to me. I know Your plans are worth any resistance I might face in this world.

This is a text widget, which allows you to add text or HTML to your sidebar. You can use them to display text, links, images, HTML, or a combination of these. Edit them in the Widget section of the Customizer.